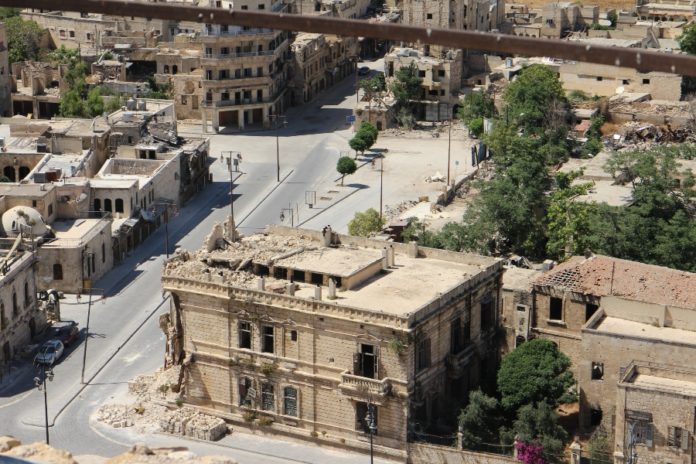 There is a rising consensus that climate change can exacerbate existing social and political unrest within a nation, leading to conflict. Climate change places strain on food, water, energy and health security, contributing to conditions that lead to conflict.

Climate change is increasingly seen as a threat multiplier, exacerbating underlying issues. A key example of this is the ongoing conflict in Syria. A 2017 Environmental Justice Foundation report discusses the impact of climate change, drought, had a negative impact on food security and contributed to the war – alongside other facts. It looks at how this led to 5 million people leaving Syria and the additional internal displacement of 6.6 million people.

The original source is a report, which took the findings of multiple reports: ‘Beyond Borders: Our changing climate – its role in conflict and displacement’, from the Environmental Justice Foundation (EJF)

Here, we have summarised the key takeaways to give you an overview of the EJF’s findings in order to help you understand the multifaceted and complex issue where climate change plays a role in mass displacement of people, using Syria as an example.

Key points from the EJF’s report:

Currently, there is not a clear global dataset on the displacement of people by the onset of climate extremes, such as sea level rise and desertification. This will be needed for us to fully understand the impact. The Environmental Justice foundation has argued for the development of a new legally binding agreement to provide a necessary response to climate migration. One that takes into account all of the variables that could trigger the onset of migrants moving in response to poor environmental conditions.

Currently, migration due to climate change is often classed as economic migration, which fails to acknowledge that economic conditions may be the result of climate change. Recently, there has been a movement towards the recognition of climate refugees with a growing global awareness. Sweden has taken the lead with this recognition. Since 2005 it has provided the possibility for people to be considered in need of protection if they are unable to return to their home country because of an environmental disaster.

Individual actions are hard to take in direct response to the issue of climate change related conflict and displacement. You can take actions that address the underlying factor: climate change (in the various ways, such as using public transport and reducing household waste).

The main report for the article is:

We Can’t Deal With The Climate Crisis If We Don’t Protect...